On a whim, I looked up “November 18” in music history and discovered a coincidence of composer birthdays.

Maybe I’m easily amazed, but that was enough to get me going.

His Suite in G minor has been a favorite of mine since I discovered it at my parents’ house, printed as if in white ink on black paper. (“I know – for harpsichord, right?” They didn’t get it.) Neither could recall how they came by the reversed-print copy – something about the Yale library and that’s just how it is. “Why didn’t whoever made the copy do whatever they did again, so it would re-reverse?” No answer. This was before scanners and Photoshop, so it was good motivation for me to get it off the page and into memory. 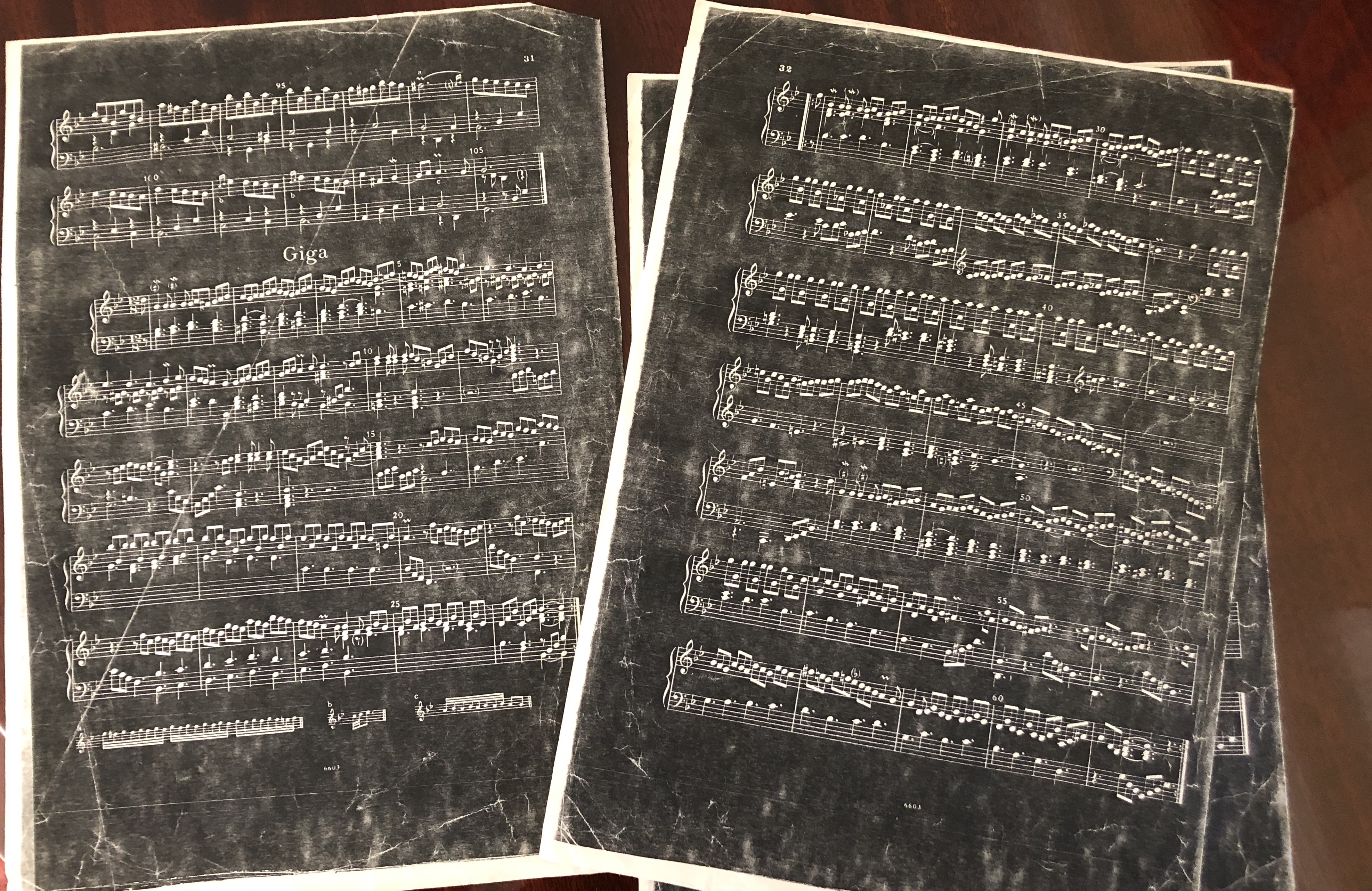 It was also before IMSLP, where you can now find this and other works. Again, be careful not to confuse this composer with his cousin of the same name, especially since this one is listed in the composer index as “John.”

(For more coincidences, there’s this: My father’s maternal family, the DeWinklers, immigrated here from Belgium, near Ghent. Like Loeillet of London, my father was orphaned and sent to live with an uncle, who also had a son about eight years younger. Dad and the cousin didn’t share the same name, but the uncle, cousin, and cousin’s son did. Fortunately, none became composers.)

Paderewski was an extraordinary man. Handsome and charismatic, a composer and a virtuosic pianist, his talents were enough to make him admired. But he was much more than that. He was a philanthropist, a champion for peace, a lifelong defender of his home country, Poland, and for a time was even its Prime Minister. 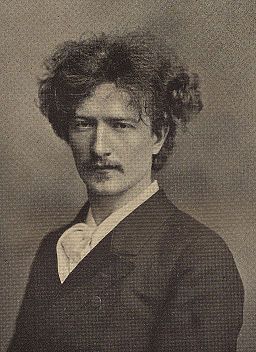 Camille Saint-Saens is quoted as saying, “Paderewski is a genius who also plays the piano.” One of Paderewski’s biographers, Adam Zamoyski, believes people who encountered him “felt themselves to be in the presence of an altogether superior being,” and since they couldn’t call him a “saint” they called him a “genius.” It may have transcended his talents. “(H)e wanted, passionately, to do good in a world that was full of wrongs.”

Paderewski was living in Switzerland when WWII broke out. From there he moved to New York, where he intended to work on relief efforts for Poland. He died only months later, and was given a state funeral by the Polish embassy and the United States. His body was taken to Arlington National Cemetery to await return to a free Poland. As a temporary measure, the body was interred in a vault.

This temporary measure turned out to last a long time. After the Soviet Union ousted the Germans from Poland, they installed their own communist regime. Paul Hume, a biographer of Paderewski and Washington Post music critic, helped to persuade President Kennedy to have a plaque made to mark the unidentified resting place in Arlington.

Finally in 1992, 51 years after his death, Poland was free, the temporary interment came to an end, and the casket was moved to Fort Myer Chapel.  He would at last have a formal state burial in Warsaw.

There were still controversies, however. Paderewski’s sister had apparently ordered his heart removed and it is encased in bronze in a  Doylestown, PA shrine, where it will stay. Some legal suits to “reconstitute the body” by having the heart replaced were not successful. An unrelated lawsuit from a fan tried unsuccessfully to have Paderewski buried in France.

Paul Hume was asked to give a eulogy, but when the honor was extended to Vice President Quayle, Hume was so outraged he refused even to be an honorary pallbearer, protesting that Quayle “wouldn’t know Paderewski’s music or history if it flew up and bit him on the neck.” Hume considered Quayle’s eulogy for Paderewski “a profound insult to the memory of one of the greatest men of the 20th century.”

Beyond their strangely similar birthdays, do Loeillet and Paderewski share any musical coincidences? Not so much, but despite their 180-year time gap, I did notice two instances in common.

One is the idea of exact repetition, especially in opening measures as though for emphasis of some kind. Here it is in Loeillet’s Courente. The second measure could have done any number of other things, or the third measure or the fourth measure for that matter, but he trumpets the same pattern.

He’s borrowing this style, so in that sense maybe it shouldn’t count as his own, but there are other examples, like the direct repetition opening his Intermezzo No. 2.

A second instance of overlap – again, not so unusual – is the composers’ use of inner voicing. (By the way, if you write, “Listen for the inner voices” on an adult student’s piano score, be sure they know what you mean or it could seem rather crazy.)

A final sort of coincidence: Around the time Paderewski made his final voyage home, I played Loeillet’s Suite in a recital. I am sure it was just so that years later, I could post it here for all to criticize my terrible self-taught technique, crooked pinky and all! (Not to mention flubs, brain freezes, and hair that weighed more than I did.)

This took place at a little art gallery in old town – er, Olde Towne – Alexandria, surrounded by sculptures lurking eerily, for the creepiest setting of any piano performance, ever. There were 40-50 people there, max. The video has transformed from a cheap VHS camera to some kind of DVR to this, so for sound I might as well be playing a toy piano with my elbows anyway. 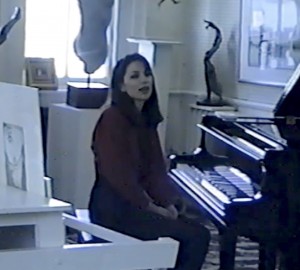 To make it special and “exclusive!!” – you have to have the passcode to view it, which is LouYay.